Thuraya IP is a mobile broadband device that gives you the advantage of wireless high-speed internet, wherever you go. Engineered to provide broadband data communication at the highest speeds, ThurayaIP will revolutionise the way you work. It is the world’s first and only mobile satellite service to support 384 Kbps Streaming IP.
Thuraya IP Voyager Brochure

For easy and reliable connectivity on the road, look no further than the Thuraya IP Voyager!

Thuraya IP Voyager is a high quality vehicular satellite terminal designed for a wide range of mission-critical operations such as border patrol, defense, and disaster response in areas inadequately served by terrestrial networks. The terminal enables users to collaborate reliably and efficiently with colleagues using video, data, and VoIP to achieve mission critical tasks, where failure is not an option.

Designed to connect at IP broadband speeds of up to 444kbps while on the move, the Thuraya IP Voyager is the only terminal capable of achieving streaming IP rates of up to 384kbps as well as user definable asymmetric streaming. The Thuraya IP Voyager also includes a built-in Wi-Fi access point with 802.11b/g/n technology and WPA2 encryption. In addition, there are four Power-over-Ethernet (PoE) ports that allow users to connect multiple wired devices.

Simple, quick and easy to install on any vehicle, connectivity to the Internet can be achieved within minutes. 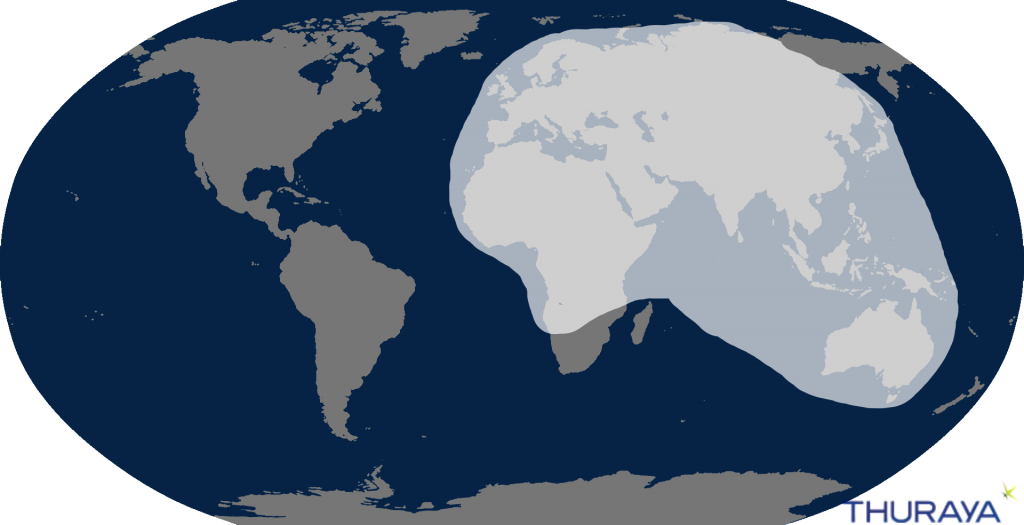